Alter Move and Shoot Penalties and TU Consumption for Kneeling 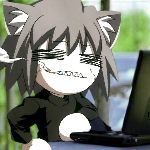