How to map and submap in Xenonauts 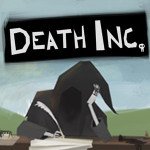 By flashman,
June 3, 2013 in Mapping Discussion