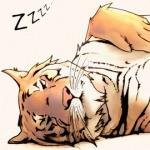 Nekro: Yet another kickstarter...but wait...